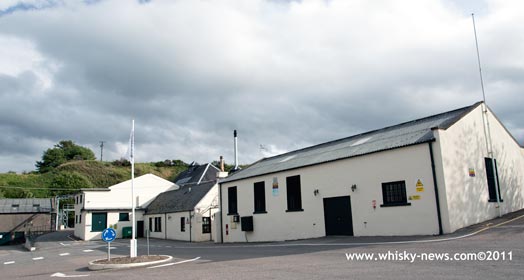 History of the Cragganmore distillery

John Smith, the most experienced practical distillery of his time persuaded his Landlord, persuaded his landlord, Sir George Macpherson Grant, to let him build a new distillery on Ayeon Farm, about half a mile from Ballindalloch Station on the Strathspey Railway. The distillery was completed in 1869.
Cragganmore was the first Speyside distillery to be sited to take advantage of railway transport. He died, at the age of 5:3, on 13 March 1886. The business was carried on by trustees, under the guidance of a brother, George Smith of Parkmore Distillery, Dufftown, until 1893, when John Smith's youngest son, Gordon, came of age. The distillery never closed for more than a fortnight in any year between starting up in 1870 and the summer of 1901 when reconstruction began.
Gordon Smith's widow, Mary Jane, took over the distillery in 1912. The distillery closed down between 1917 and 1918 due to wartime restrictions. Reopening in February 1919 was celebrated with the installation of electric light.  She sold the distillery to The Cragganmore Distillery Co. Ltd., incorporated on 16 June 1923  (expiry of the lease) with a capital of £20,000.  The distillery closed between 1941 and 1946.
The distillery became a wholly-owned subsidiary of The Distillers Company Limited, in 1965-66 and was then registered under the name D&J Calum Ltd, The Distillers Company; The furnaces of the two stills were converted to a mechanical coal-stoking system in 1961 and the number of stills increased to four in 1964. The tunroom was rebuilt in 1968. All four stills were converted to steam heating from an oil-fired boiler in 1972. In 1992, the distillery was licensed to MacDonald Greenlees Ltd.