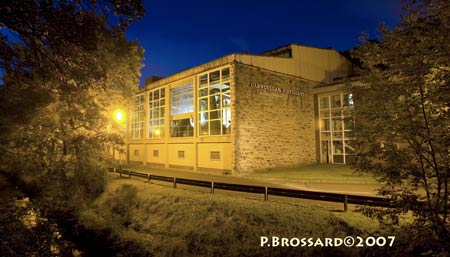 The Glendullan 8 YO, 40% can be occasionally found. Some limited editions have been released over time for the staff, such as Glendullan The Centenary Bottling 1998, 16 YO, 62%, Glendullan Manager's dram and for the general public in the Rare Malts serie (distilled in 1972, -73,-74, and -78. A few bottlings from the old Glendullan (Glendullan 1) were bottled by independent bottlers such as Cadenhead, Gordon & MacPhail or Douglas Laing.

Of note, Glendullan was the last distillery to be built in Dufftown in the 19th Century.

The distillery was built in 1896-7 by William Williams & Sons, a blending company, and received its first consignment of barley on January 28, 1898. The company changed its name to MacDonald Greenless  & Williams distillers when MacDonald Greenless bought shares from William Williams & Sons in 1919. In 1925, the company is reorganized as Macdonald, Greenless & Williams. In 1926, the distillery is acquired by the Distillers Company Limited (DCL) and transferred to its subsidiary, Scottish Malt Distillers (SMD) in 1930. In 1962 major works were done and the distillery renovated, including a new still house and a new heating system for the stills. In 1972, a new distillery (“Glendullan 2”), with six stills, was build next to the old one (“Glendullan 1”). Between 1972 and 1985, the two distilleries are running in parallel and Glendullan 1 was mothballed in 1985. During these 13 years, the spirit from the two distilleries was vatted together in casks and used for blending. Glendullan 1 is now the central workshop for Diageo and Glendullan 2 was intermittently active (until 2006). Since 2007, Glendullan 2 is working at full production.