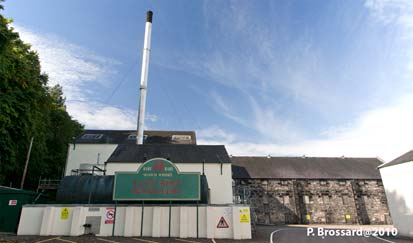 History of the Glen Spey distillery

The distillery was established in 1878 as the Mill of Rothes. James Stuart  & Co took the license in 1884. It was acquired by W & A Gilby Ltd of London in 1887, which became part International Distillery and Vintners (IDV) in 1962. The distillery was rebuild in 1970 and the number of stills extended from 2 to 4. Floor maltings operations were stopped at the same time.
The history of Glen Spey distillery is remarkable by the number of owner change (1), but also on the technical side: the spirit stills are equipped with purifiers and are heated by steam plate operating only at half the normal pressure.