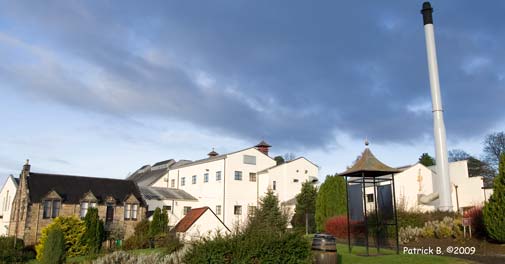 In 2007, a Cardhu Special Cask Reserve was produced, but phased out in 2008. Other official Cardhu bottlings are very rare, a 1982 22 YO Cardhu was released as part of their Sepical Release in 2005, two Cardhu in their Rare Malts range, including a 27 YO Cardhu distilled in 1973, and a 15 YO Manager' dram (bottled 1989 for the staff only). More recently, in 2009, was released the first Cardhu Single Cask as part of the Manager's choice selection.

Cardhu began as an illicit still on a remote farm above the river Spey. The farmer John Cumming founded the legal distillery under the name Cardow in 1824 and for certain his son Lewis managed the distillery as of 1832, before taking the license in 1839. He described his distillery as the smallest in Scotland. In 1869, the production reached 240 gallons (620 litres) per week. After the death of her husband Lewis in 1872, Elizabeth Cumming decided to carry on with the distillery. She became the first woman to work a distillery in Scotland. In 1884, she acquired four acres of land 300 yards from the distillery where she built a new distillery between 1884 and 1886 designed by architects from Elgin. The same water supply was used and the old stills and equipment were sold in 1886 to William Grant for building the distillery of Glenfiddich. The new distillery had an annual output of 60,000 gallons, 3 times more than the old Cardow. Her son, John Fleetwood, gave up his medical studies and joined the business in 1886. On the 19th September 1893, the distillery was sold to John Walker and Sons for £20,500. The distillery was expanded in 1888 and in 1889, it was reported that the number of stills was increased from 2 to 4. Improvements followed with the worm tubs replaced by condensers in 1902 and with the installation of the new boiler and of a steam engine in 1904. The distillery closed during the Great War but resumed production at the end of 1919. In 1921, an electric plant was installedand in 1922 the steam coils were tested at Cardhu. In 1925, Walker amalgated with the Distillers Company Limited (DCL) and the distillery was transferred to Scottish Malt Distillers (SMD) in 1930. Cardhu was one of the few distilleries to have distilled every year during the Second World War (WWII). Major reconstruction was initiated in June 1960, with all major buildings re-equipped, including 2 additional washbacks (total 8) and 1 new pair of stills (total 6) and the work was completed on May 19th, 1961. The last floor maltings closed in 1968 and all stills were converted to steam heating by 1971. The distillery was renamed "Cardhu" in 1981 in order to avoid the confusion between Cardhu the trade name and Cardow, which was the name of the distillery.. Cardhu received a lot of attraction in 2003, when Diageo produced the "Cardhu Pure Malt", a vatting of Cardhu and Glendullan according to Charles Mclean (Whiskypedia) to replace the "Cardhu Single Malt", since production of Cardhu was not sufficient to supply the (Spanish) market. Diageo was shortly forced to withdraw its product by the Scotch Whisky Association, since the two products were too similar and prone to confusion.
The last changes done at the distillery were in 2007, when two stainless steel washbacks were added to increase the capacity.