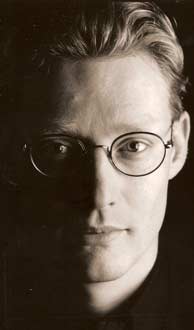 Ralph Warth is a Swiss enthusiast, organizing some whisky tasting and the author of the book “independent bottlers” (Unabhängige Abfüller). With a background as economist, he recently wrote another book called “Liquid Gold – Investing successfully in Whisky”. This book is the combination of his two interests: investment and whisky.
Whisky as investment might be considered as an heresy by some whisky enthusiasts, but the number of “whisky investors” is growing and investments funds on whisky are appearing. Therefore, let us ask some questions about whisky and money to the author?

Whisky news (WN):
Could you please let us know how you got interested in whisky and what fascinates about whisky?

Ralph Warth (RW):
It was back in 1998 when I received an on-the-job training in investment banking and was therefore asked to stay in London for six consecutive weeks. London offered many opportunities to balance the demanding education program, but most of them became boring after few days and weeks. While looking for other places to rest and enjoy the vibrant city, I noticed the traditional pub just across the apartment hotel I stayed for the whole time. As good wine was still very difficult to find in London – at least for decent prices – so I tasted local and regional beers in my new hideaway place. While sipping on my beer I noticed the huge variety of bottles bearing gaelic encrypted labels behind the bartender. He was slightly puzzled about my question on what these bottles are all about, as he could not figure out someone frequenting his pub not knowing what Single Malt Scotch is. I spent the remaining nights in London studying for my exams and researching the previously hidden world of Scotch. Thankfully, I did not needed to taste all of them in such a short period of time, as the company re-sent me to London just four weeks later to finalize my studies. I did so with great success – both of them…

Single Malt Scotch is all about passion. It’s started the way it was ‘invented’ in Scotland. As it was illegal, one needed to be desperate for money, passionate about the liquor or maybe looking for the thrill of doing something forbidden or apparently any combination of it.
And today, passion (and increasing company profit pressure) has taken us to a different world of Scotch with new distilleries opening, wood finishings being an integrated part of many bottlings and even the project to create the taste of long closed distilleries are evident signs of passion.

My passion for Single Malt Scotch exceeds pure consumption and even liquid enjoyment in a round of friends and is comprised of whisky and Scottish history, politics, economy and as such also investments.

WN: Why a book on whisky as investment?

Unfortunately, the whisky industry is far from price transparent and is dominated by a few international drink companies that move up whisky prices according to increasing demand or replace existing bottlings with younger or no-age-statement whisky.
My book provides the investor with the valuation of Single Malt Scotch bottles and hence the opportunity to compare value for money i.e. to determine if the price asked for a specific bottle is low, fair or too high with regard to investment alternatives (meaning other Single Malt Scotch bottles).

And finally, the Emotional Return of passion investments. The pleasure, personal freedom and pride it can deliver by simply looking at it or showing it around to friends and family or even on a bigger scale at i.e. an exhibition is considered Emotional Return respectively Dividend.
The Emotional Return is intrinsic to passion investments and cannot be achieved with bonds or equity (unless we talk about physical prints of the bonds/ equities).
Interestingly enough the marketing of whisky is extremely focussed on emotions and obviously it works well with passion products. However, when we talk about the Emotional return it provides to its owner/ investor it is either neglected or even laughed at, despite the fact that emotions probably account for the majority of bottles ever purchased.

To sum up, I wanted to (a) counterbalance the bookshelf with a book on savings/ investments and not only consumption, (b) show the excellent diversification effect of Single Malt Scotch in a traditional investment portfolio consisting of bonds, equities and alternative investments, such as hedge funds and private equity investments, (c) provide valuation transparency to buyers and investors on their potential investment and (d) to highlight the importance and the intrinsic value of the Emotional Return/ Dividend.

WN: Whisky is more a pleasure or an investment for you?

WN: Which whisky have you kept as an investment and why?

RW:
As with any investment, never put all eggs into one basket. As a consequence, I invest in a variety of bottlings from distilleries and diversify over bottlers, vintage, and age. Recently I have added selected bottlings of the Master of Malt series “That boutique-y whisky company”.
Bottlings I hold onto are from Macallan i.e. the vintage 18 year old expressions, Banff (i.e. Celtic Heartlands of Jim McEwen) or Dallas Dhu (especially the old Signatory bottlings). These are bottlings of either times past (reference to Macallan) or closed distilleries with high potential, based upon my own valuation methodology.

WN: Some whisky enthusiasts might consider this work as an heresy. What do you think?

RW:
How can providing transparency to valuation and prices (in order not to get ripped off), opening Single Malt Scotch for others to enjoy in the sense of passion be a heresy, unless the person/ institution making that statement is negatively impacted by it? And that can be the case, if that person/ institution is a producer or wholesaler of non-collectable Single Malt Scotch. They obviously have the greatest interest in an immediate consumption of their products in order to deliver new ones (at probably higher prices).

Let me add few remarks on other emotional statements one has to face writing a book on whisky as a successful investment:
Statements, such as whisky investments increase commodity prices or lead to higher prices of new released bottlings are just wrong and become obvious, once you look below the surface.
So, commodity prices on the spot market (for immediate delivery as you want to distil today) depend much more on the global weather condition, than on a regional demand for whisky distilling.
And don’t be fooled about the price setting mechanism for new bottlings! Whisky ingredients, such as water can rise tenfold and not have that price effect on a bottling to be released in 15 years’ time. The dominant price setters in Single Malt Scotch are the producers respectively the companies that own them. And they carefully watch the prices of whisky auctions and the sales successes of high-end Scotch in the emerging markets in Asia, Latin America and Eastern Europe. If those companies recognize a rising price pattern for either a distillery, vintage or age, they will increase the starting price of the next such bottling themselves, independent of any commodity price increase! And recently some of the better known independent bottlers have joined that party.

WN: What was the reaction of whisky enthusiast on the courses or master classes you have organized on whisky investments as part of whisky fairs?

RW:
The reaction was a good overview of the whisky community. Some were eager to know more about the reasons for such a book, while others immediately wanted to know, whether I thought their whisky collection will rise in the future, based upon my proprietary valuation methodology. Some consider it to be very useful, as they noticed huge price differences of bottlings of the same distilleries (i.e. distillery bottlings vs. bottlings of independent bottlers) and were never sure, if this price difference is justified.
And obviously, there were also very sceptical feedbacks on the need for such a work or even considered it as a heresy. As an author seeking public feedback I appreciate every comment and of course enjoy the positive ones, but grow on the sceptical/ negative ones.

Feedback from the wider audience, such as whisky magazines, other whisky authors and blogs on my book can mostly be found on my own blog (www.TheWhiskyInvestor.BlogSpot.com) i.e. Simon Weiss http://thewhiskyinvestor.blogspot.ch/2014/07/liquid-gold-eine-buchrezension-von.html

WN: What do you think about the prices reached by some bottles (e.g., old Macallans) at auctions. Is it only the beginning? or  are we moving towards a “bubble” close to explode?

RW:
Prices have increased at a fast pace in the last five years, but opposite to stocks, the investor circle is still small and for a bubble to be created it requires first time investors chasing historical prices. From that point of view, there is still ample room upwards.

WN: In your book, some scores might be surprising. Eg., the Ardbeg 1966 from Moon scores 53, while the Ardbeg Jack Wiebers 2000 7 YO Old train line scores 60. How do you explain this difference? Will you publish on your website your score for the different bottlers?

RW:
The final score, which is published in the book is the sum of the individual valuations of the distillery, the bottler (same rating if the bottler = distillery) and finally the bottling itself. This methodology allows a valuation distinction between i.e. bottlings of the same distillery, based upon the bottler. In your mentioned example the basic data are:

While the rating for the distillery is the same for both bottlings, they differ when it comes to the bottler and the bottling valuation. Jack Wiebers Whisky Worlds omnipresence in the German speaking part of the world and his permanent high quality bottling is reflected in a relatively high bottler score. But by far the biggest difference lies in the transparency provided to the investor by the bottling itself. While Moon Import let you know about the vintage and the volume percent (no cask strength) of the bottling, there remains a huge lack of information which results in a (much) lower score. Consider the Jack Wiebers Whisky World bottling with all its details, such as age, vintage, cask strength and especially the final number of bottles. Rarity comes with a low number of bottles filled and is appreciated by my proprietary valuation methodology.

The valuation of the distilleries and bottlers are neither disclosed to them nor to the public.

WN: In your book, whiskies are rated by score. However, as an investment, it would be interesting to know if the product you want to purchase is under or over evaluated. If the reader is looking for this information, can he/she get it? How can he/she evaluate its growth potential?

In order to assess if a bottling is under- or overvalued, one needs to obtain latest whisky prices i.e. from wholesalers, dealers or auctions and then compare the valuation/ prices of them.

This recent Macallan example shows, that the latest bottlings (Amber, Gold, Sienna, Ruby) are low scoring compared to investment and drinking alternatives. Following the price curve to the 56 and above rated Single Malt Whiskies (x-axis of the graph) one easily recognizes that the Master of Malt Boutique-y Whisky Company Batch 1 is undervalued compared to its peers.

A quick guide on how to use the relative valuation with price data to assess investment opportunities can be found in the attachment.

WN: Thank you very much for taking the time to answer these questions.

RW: Thank you for your interest in whisky investments and do not hesitate to contact me at info@rarelimitedwhisky.com for any whisky related question you may have.